High Blood Sugar Is an Indication of a more Serious Problem

Most of the medical establishment believes that diabetes Is a blood sugar imbalance.

Diabetics do not make enough insulin or the body does not use all the insulin it produces. Insulin is a hormone that makes possible for glucose (sugar) to permeate cells and then transformed to energy. The pancreas secretes enzymes that assist carbohydrate, protein, and fat metabolism. When the pancreas is dysfunctional then digestive enzymes are not provided for digestion. The condition imbalances the liver, gall bladder, spleen and all digestive related organs. In unmanaged diabetes, glucose and fats remain in the blood stream, where with time, the primary body’s digestive organs become impaired and eventually diseased.

What happened to the other 44 states in 10 years? What is occurring in our country where a disease can over run us? We are being secretly invaded by a force greater than any terrorist group. Is anyone paying attention? That’s more than 15 million plus people caught in the grips of this top level threat to our country. Where’s the equal level response by our government and medical establishment?

After years of listening to many clients complaining about their symptoms, its apparent that there are basically 4 troubling markers that bother most sufferers. Zero in on these and most of the other complaints go away. They are:

These key areas require focus and once brought into balance the body diabetic characteristics are alleviated. Over time all the bio markers go into balanced and the body climbs into a cleansing cycle back to health.

What would your life be without these toxic contributors?

While diabetes in the last 20 years has grown to epidemic levels in all 50 states of the U.S., there are some interesting contributors that are on the rise:

Now I am not saying you have to give it all up and be a discipline 75 year old athlete. But imagine how you would feel. How much fun, life quality, would you have if you cut back two-thirds, one-half, just one-third could make a real difference, where your body could mount a come-back!

The Underlying Cause of Diabetes

Diet pollution: Cupcakes, sugared cereals, chips and diet sodas are all vegetarian but don’t nourish anyone no matter what their biochemical requirements may be. Eventually the nutritional deficiency will symptomatically show up in a doctor’s office. When you are younger the body can cleanse the dead calories but when you pass 40-50 years all kinds of digestive problems will surface in overweight problems, digestive disease, diabetes, joint pain, insomnia, heart disease, etc.

Consumption of too many dairy products (milk, cheese, yogurt, butter, ice cream) can produce iron deficiencies. Not only do these animal by products contain very low amounts of iron but they also block iron absorption even when fortified. Contrast this with kale which has 14 times more iron than a lean steak. The belief that meat and its by-products is the best source for protein strength can consumptively occupy the space where you would ingest vegetables, grains, fruits and seeds which are high in overall nutrition. Yet, we are taught in grade school that milk is “nature’s most perfect food”, provided as a courtesy from the National Dairy Council.

Diabetes Research: Dr. Inder Singh took 80 diabetics patients and restricted their diet (low fat, 20- 30 grams a day, no sugar). Within 6 weeks, over 60% of the patients no longer needed insulin. Over time the percentage steadily increased with insulin requirements lowered. Numerous similar studies have duplicated the results.

“Too much of a Good Thing”

Throughout most history, people usually have eaten whatever they chose. Researching around the world, scientists have found that shortened life expectancy can be clearly correlated to the eating of flesh. Russian Kurgi, Greenlanders, Eskimos and the Laplanders eat the most meat in the world while having the lowest life expectancy-30 years. This shortened duration is not due entirely to their severe environment. Similar climate confronted by other peoples with a diet of little or no meat provided for longer life. 90 -100 years life expectancy is not unusual for Pakistan Hunzakuts, East Indian Todas, Yucatan Indians and a surprisingly large group of Russian Caucasians.

Here we are in the United States with the highest degree of medical technology in the world, the most moderate climate, the largest purchaser of animal meat and meat by-products while at the same time maintaining one of the lowest life expectancies of all industrialized nations.

Researchers tracking cultures living the longest have found that it’s not unusual for these peoples to live a life of quality. Work and play beyond 80 years and beyond is typical. A majority, attain 100 years remaining active and honored by all they live with. Absence of excess protein produces a slender, densely built frame. 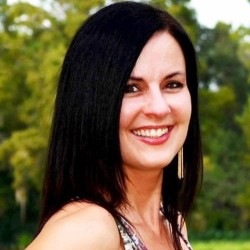 Amber
Hello & welcome to MilitaryWifeJob.com. I’m Amber, the founding member of this website. Being a stay-at-home mom, I love reviewing products & services, and try to bridge the gap when choosing digital products for personal use. If you’re someone, who’s hesitant about picking the best eBook on the market, you’ve come to the right place. We’ll help you make an informed choice.

Latest posts by Amber (see all)